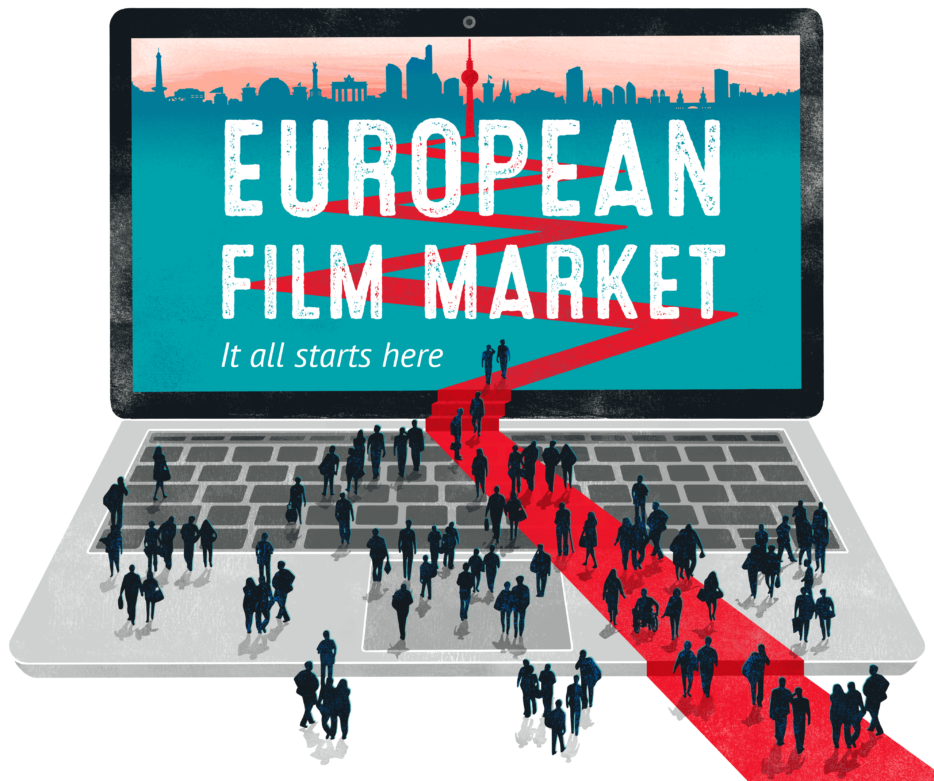 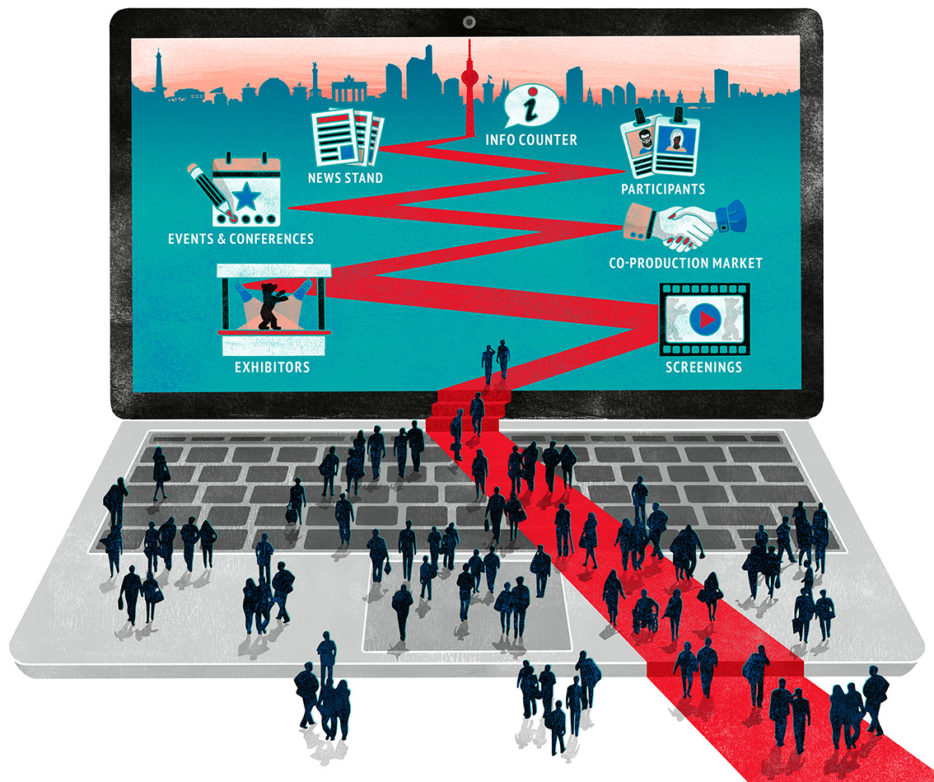 It all starts here

»On February 17, the European Film Market rolls out the digital red carpet for the international film industry. From now on, market accredited can log in via www.efm-berlinale.de and access the new, enhanced and optimized applications. At the same time, the EFM is unveiling its key design for this year’s online edition, with illustrator Irmela Schautz creating a visual link between the diverse industry and the EFM online offering, locating it in its ancestral place: Berlin.«
Berlinale Press Department